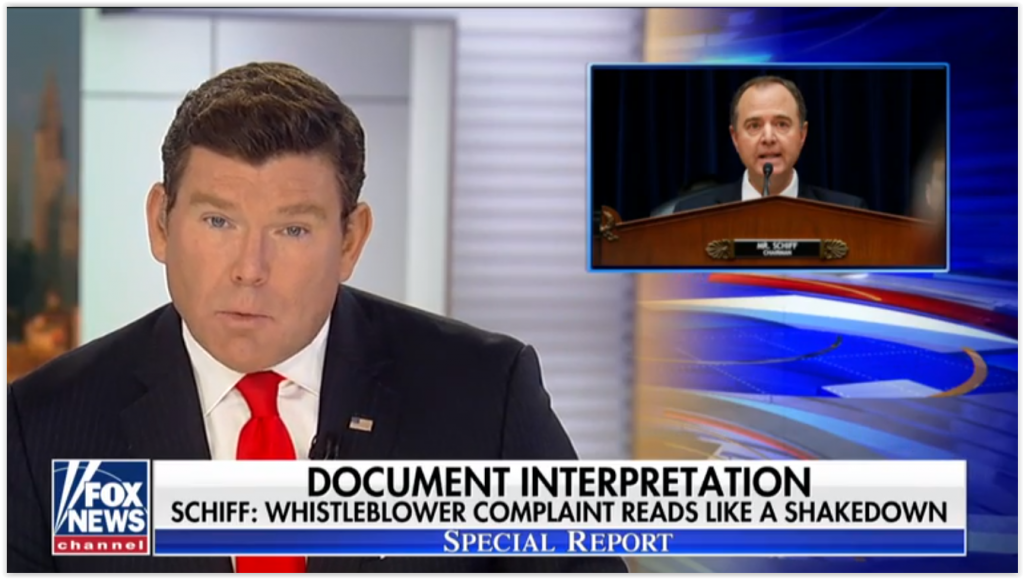 An unnamed Ukrainian official said that Kiev was not made aware that the U.S. suspended security funds until a month after President Trump’s call with his Ukrainian counterpart Volodymyr Zelensky, which calls into question the whistleblower’s account and Democrats’ arguments that there was a quid pro quo for the aid.

The official told The New York Times that Zelensky’s government was unaware about the aid issue until a month after Trump’s July 25 phone call in which he discussed Joe Biden and his son Hunter.

The whistleblower complaint – citing U.S. officials – claimed that officials in Kiev knew that the military aid could be in jeopardy in early August, but the whistleblower admitted to not knowing “how or when they learned of it.”

Republicans may seize on the apparent timeline inconsistencies and claim that if a quid pro quo was in place for the roughly $391 million in frozen aid, Ukrainian officials would know about it.

Zelensky said earlier this week that he never felt pressured by Trump to investigate the Bidens. Trump insisted that he wanted to make sure the country was weeding out corruption before providing the funds.

Democrats insist that Trump was wrong to bring up a political opponent to a foreign leader, and that even if he didn’t explicitly make a demand, the innuendo was there. Democrats also took issue with the complaint’s claim that Trump employed his personal lawyer Rudy Giuliani in the matter.

The whistleblower’s complaint named Giuliani and claimed diplomats were upset about his role in pushing Kiev to open an investigation into the Bidens.

According to the whistleblower complaint, by mid-May, U.S. diplomat Kurt Volker sought to “contain the damage” from Giuliani’s outreach to Ukraine.

But a July 19 text message conversation from Volker to Giuliani, provided to Fox News on Thursday, showed that Volker had in fact encouraged Giuliani to reach out to Ukraine — even sending Giuliani a message reading, “Connecting you here with Andrey Yermak, who is very close to President Zelensky.”

House Speaker Nancy Pelosi, D-Calif., has started an official inquiry into whether the House should pursue impeachment proceedings, but Democrats have refused to hold a roll call vote to authorize the effort.

“Impeaching a President means nullifying the results of a presidential election, which is the core act of American democratic legitimacy,” The Wall Street Journal’s editorial page wrote on Friday. “If Democrats are going to do this, they have an obligation to stand up and be counted in a way that the public can examine.”

Trump noted that the whistleblower had no firsthand knowledge of alleged abuse.

“Who’s the person that gave the whistleblower the information? Because that’s close to a spy,” Trump said. “You know what we used to do in the old days, when we were smart, right? The spies and treason? We used to handle it a little differently than we do now.”

The Los Angeles Times obtained and released a recording of the president’s comments.

The Trump administration reportedly began placing transcripts of Trump’s calls with several foreign leaders in a highly classified repository after leakers publicly divulged the contents of Trump’s private calls with the leaders of Mexico and Australia in 2017.

The complaint stated that Trump made a “specific request that the Ukrainian leader locate and turn over servers used by the Democratic National Committee (DNC) and examined by the U.S. cybersecurity firm CrowdStrike” — a request that does not appear in the declassified transcript of the call released by the Trump administration on Tuesday. Trump mentioned CrowdStrike, but did not demand the server.

Additionally, the complaint said Trump “suggested that Mr. Zelensky might want to keep” his current prosecutor general, a claim not supported by the transcript.

CBS News reported late Thursday that the whistleblower complaint further inaccurately claimed that a State Department official was on the call with Zelensky.

The memo was not a “verbatim transcript” but was based on “notes and recollections” of those memorializing the call.

Stephanie Grisham, the White House press secretary, said, “Nothing has changed with the release of this complaint.” The president “has nothing to hide.”