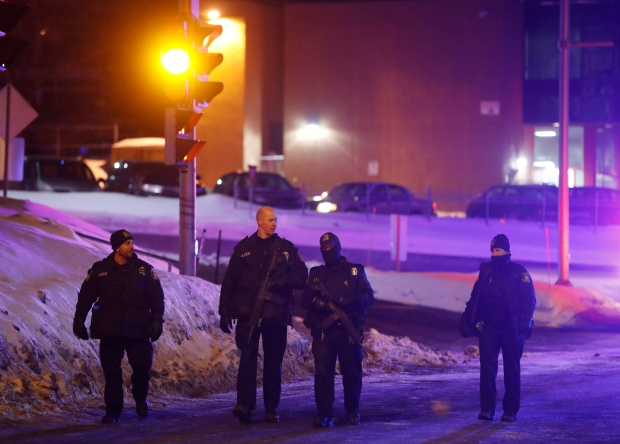 Police refuse to reveal any information about the men other than the fact they are in their late 20s or early 30s.

Police also said it’s too early to know the motive, what charges may be laid or when they will appear in court.

Premier Philippe Couillard has described the shooting as a “murderous act directed at a specific community.”