Attacks on Trump just make these voters like him more 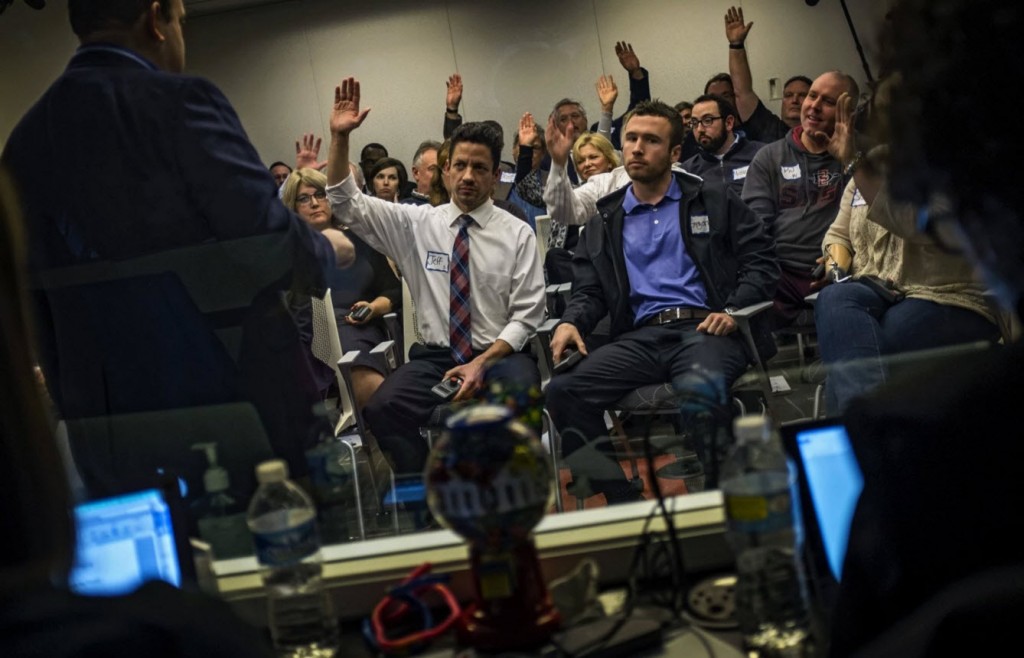 It was the most brutal attack ad run against Donald Trump, and it was tanking. Twenty-nine voters, all of whom supported or used to support Trump, watched retired Air Force Col. Tom Moe not so subtly compare the Republican front-runner to Adolf Hitler.

Frank Luntz, the Republican media consultant who had put together this focus group, watched the dials turn down. On a scale of zero to 100, the ad’s effectiveness never got above 20. It did not help that the ad was produced for Gov. John Kasich (R-Ohio), a presidential candidate no one in the group supported.