Bachmann tied with Romney in Iowa 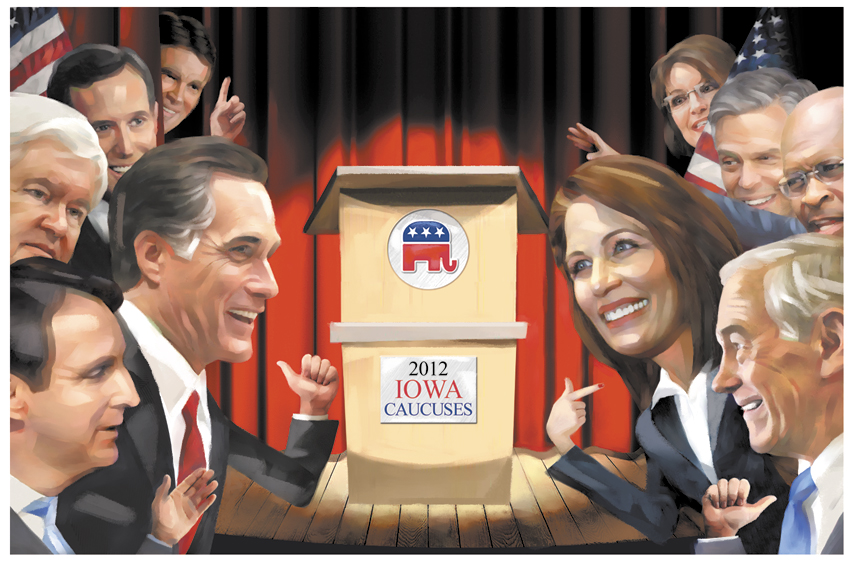 Romney, the national front-runner and a familiar face in Iowa after his 2008 presidential run, attracts support from 23 percent of likely Republican caucus-goers. Bachmann, who will officially kick off her campaign in Iowa on Monday, nearly matches him, with 22 percent.

â€œSheâ€™s up there as a real competitor and a real contender,â€ said Republican pollster Randy Gutermuth, who is unaffiliated with any of the presidential candidates. â€œThis would indicate that sheâ€™s going to be a real player in Iowa.â€

Former Godfatherâ€™s CEO Herman Cain, who has never held public office but has found a following among tea party supporters, comes in third, with 10 percent.

Pawlenty has spent 26 days in Iowa during this election cycle, has hired an A-list team of Iowa campaign operatives and was the first major candidate to air television ads in Iowa.

â€œIf I were the Pawlenty camp, I would be enormously concerned about this poll,â€ said Jennifer Duffy of the nonpartisan Cook Political Report.