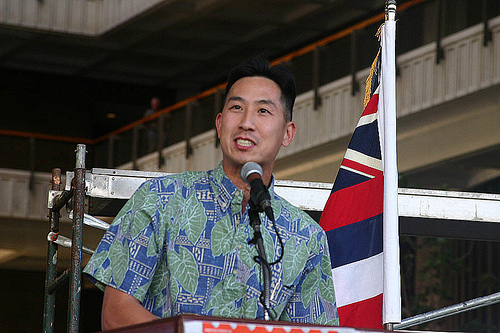 by Bob Cusack, The Hill

As Djou (pictured here) was being sworn into office, Frank walked the hallway of the Speaker’s Lobby off the House floor calling on the media to “do your job” and review Djou’s papers.

It was a small bit of payback for the enormous amount of attention some conservatives (and the media) paid to the is-the-president-really-from-America controversy.

But, unlike the commander-in-chief, as Frank knows, being born outside the U.S. does not preclude you from becoming a member of Congress.