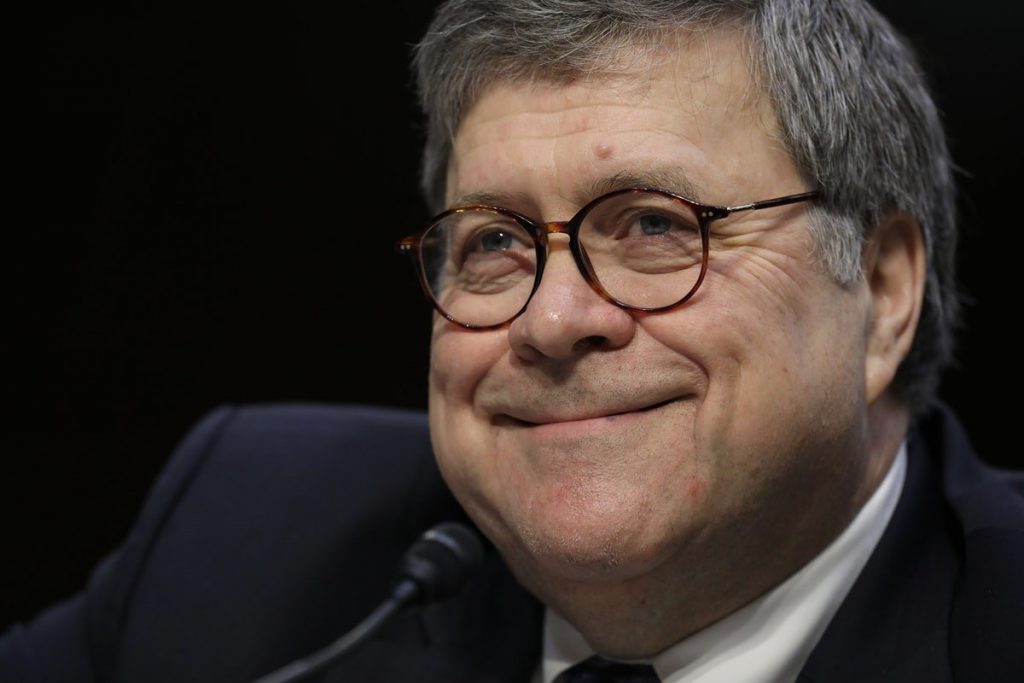 Attorney General William Barr went after Democrats this week on a range of issues, including rumors that President Trump would attempt to stay in office if he loses the general election in November.

“You know liberals project,” an uncharacteristically salty Barr told the Chicago Tribune’s John Kass on Monday. “You know the president is going to stay in office and seize power and all that s—? I’ve never heard of that crap. I mean, I’m the attorney general. I would think I would have heard about it.”

Though the focus of the interview was crime and corruption in U.S. cities, particularly in Chicago, Barr also used the opportunity to address several issues that have dominated the news cycle leading up to the presidential election.

“There undoubtedly are many people in the government who surreptitiously work to thwart the administration,” the attorney general said in the interview.

Barr also said the U.S. was nearing a “ruled by the mob” approach to governance.

“Increasingly, the message of the Democrats appears to be ‘Biden or no peace’,” he said.

Barr said he agreed the upcoming election would be the “most significant election of a lifetime” — a position taken by both Trump and Democratic presidential nominee Joe Biden.

“As an attorney general, I’m not supposed to get into politics,” Barr told Kass. “But…I think we are getting into a position where we’re going to find ourselves irrevocably committed to a socialist path. And I think if Trump loses this election — that will be the case.”

The conversation diverted to voting rights and the safety of mail-in voting, with the attorney general suggesting that postal workers will be able to be paid off in order to buy the blank ballots that are routinely distributed for presidential elections.

“Just think about the way we vote now,” Barr said. “You have a precinct, your name is on a list, you go in and say who you are, you go behind a curtain, no one is allowed to go in there to influence you, and no one can tell how you voted. All of that is gone with mail-in voting.”

Several states, including Colorado, Hawaii, Oregon, Utah, and Washington, automatically submit mail-in ballots to all state residents for the general election. Due to the coronavirus, over 20 other states have taken measures to ensure citizens can vote by mail rather than at a polling station come November — a measure that the Trump administration has claimed threatens the validity of the voting process.

But Democrats in Congress believe the Trump administration is working to prevent mail-in voting to circumvent voting during the general election, in an attempt to sway the 2020 presidential election results.

Congressional Democrats initiated an investigation following comments made by Trump suggesting he purposefully blocked funding to the U.S. Postal Service to prevent their ability to cope with the expected increase of mail-in ballots as a result of the pandemic.

The House passed a bill that would grant the USPS $25 billion in funding to aid them with the increased mail load through the election. The bill is currently awaiting the Senate’s vote, though the White House has already said they would veto any such bill.

Barr further accused Democrats of purposefully sowing doubt in the minds of Americans as to the validity of the election’s results – a strategy that congressional Democrats have accused the president of attempting.

“They’re creating an incendiary situation where there will be loss of confidence in the vote,” Barr claimed. “It’ll be a close vote. People will say the president just won Nevada. ‘Oh, wait a minute! We just discovered 100,000 ballots! Every vote will be counted!’ Yeah, but we don’t know where these freaking votes came from.”