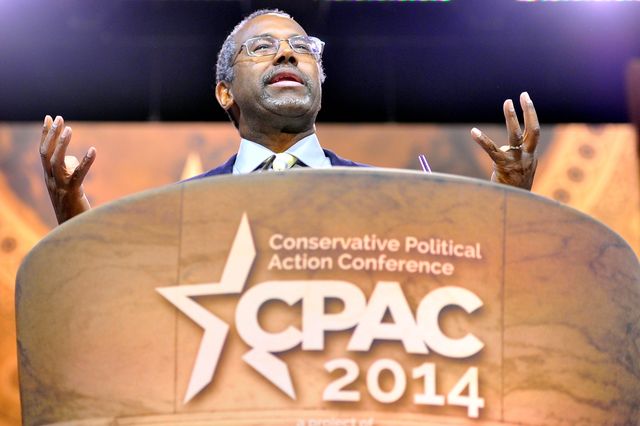 Noted conservative speaker and nationally recognized neurosurgeon Ben Carson took his blunt talk about the state of the nation in a direction that deviated from his usual references to God and faith — remarking on America’s resemblance to Nazi Germany days.

And his response, as quoted on Mediaite: “I mean, [we are] very much like Nazi Germany. And I know you’re not supposed to say ‘Nazi Germany,’ but I don’t care about political correctness. You know, you had a government using its tools to intimidate the population. We now live in a society where people are afraid to say what they actually believe.”

He attributed that to what he called the “PC police,” or politically correct crowd, as well as to “politicians” and a media that’s reluctant to be watchdogs.