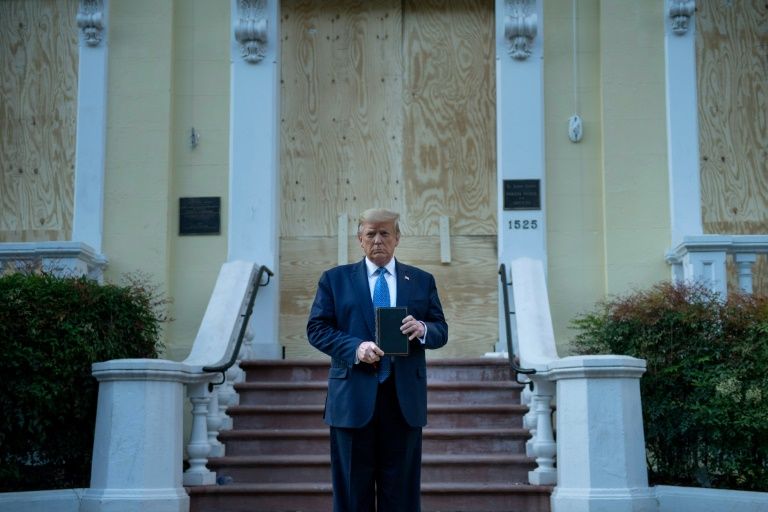 Washington (AFP) – US President Donald Trump spurred fresh outrage Monday after police used tear gas to clear protesters from outside the White House so he could pose for photographs at a nearby church damaged during civil unrest.

The move earned him a sharp rebuke from the city mayor, the Episcopal bishop, and leading Democrats including former vice president Joe Biden, who decried the use of force merely “for a photo.”

Trump’s visit to the historic St John’s Church, across the street from the White House came after he delivered an address denouncing vandalism that has followed anti-racism protests that have gripped the country for a week.

As he spoke, law enforcement — including military police — could be seen firing tear gas to clear peaceful protesters in Lafayette Park, outside the White House, so the president could walk over to the church.