Biden changes tune on mask mandate, now says he may have legal authority to enforce it 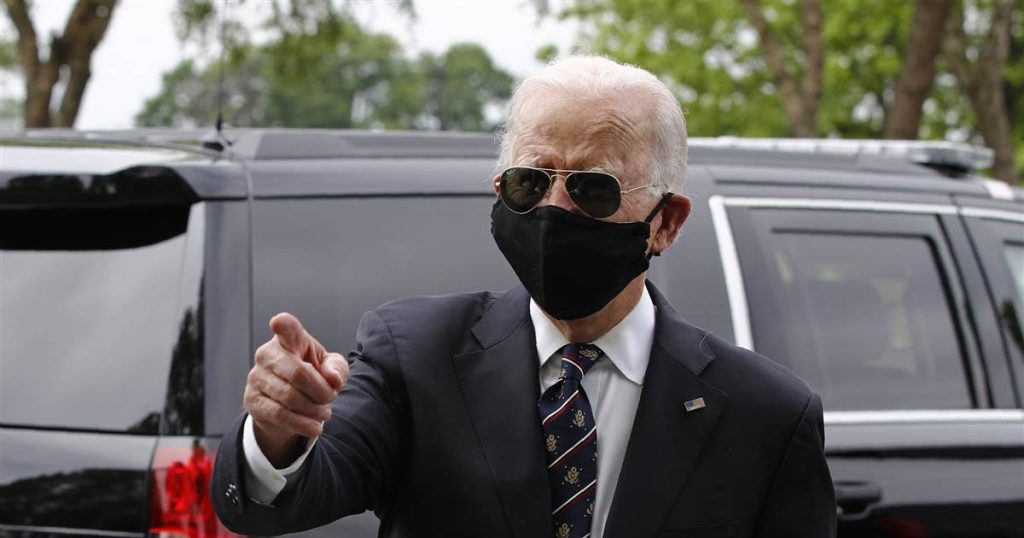 Democratic presidential nominee Joe Biden, in an apparent shift, now says his legal team believes he would have the authority to advance a federal mask mandate through an executive order to prevent the spread of the coronavirus should he be elected.

Taking questions from reporters at a campaign event on Wednesday, Biden vowed that if elected, “I would call all the governors to the White House” to make the case on the necessity for implementing mask mandates.

Asked if he’d use an executive order to enforce the wearing of masks if some governors refuse his request, Biden said “the question is whether I have the legal authority as president to sign an executive order. We think we do, but can’t guarantee you that yet.”

“Our legal team thinks I can do that based upon the degree to which there’s a crisis in those states, and how bad things are for the country, and if we don’t do it, what happens,” Biden explained, regarding his ability to federally act if some states decline to take action.

Biden then emphasized that if he did have the legal authority to sign an executive order on masks, “I would.”

“Let’s institute a mask mandate nationwide starting immediately and we will save lives. The estimates are we will save over 40,000 lives in the next three months if that is done,” Biden emphasized.

And the former vice president stressed that wearing a mask “increases exponentially the prospect that if you are a carrier and you don’t even know it, that you will not infect anyone if you cough, sneeze, sing, shout.”

In his comments on Wednesday, Biden also charged that President Trump had undercut the use of masks, which he called “the easiest, most effective means we have of reducing the spread of this disease.”

With the national death toll from the coronavirus at nearly 200,000, the former vice president pointed to projections by health experts that cases and deaths from COVID-19 will spike in November. He warned that “by the first of the year, 215,000 will be dead. Additional. That’s more than have already died. We need leadership right now to prevent that from happening.”

And spotlighting the president’s comments Tuesday night during a town hall on ABC News, Biden charged that all the president offered “was the same weak and feckless inaction, the same lies and empty promises that we’ve seen from the very beginning. He still won’t accept any responsibility. He still won’t offer a plan.”

During Tuesday night’s town hall, the president was asked by a voter why he doesn’t more aggressively promote the use of masks to reduce the spread of the disease.

Trump responded, “There are people that don’t think masks are good.” The president also argued that waiters and waitresses – as a group – are opposed to the wearing of masks.

But the president was undercut on Wednesday by Centers for Disease Control and Prevention (CDC) director Dr. Robert Redfield, who was testifying on Capitol Hill.

“We have clear scientific evidence [masks] work, and they are our best defense,” Redfield declared. “I might even go so far as to say that this face mask is more guaranteed to protect me against COVID than when I take a COVID vaccine.”

Biden, pointing to Redfield’s comments, stressed that “the president’s first responsibility is to protect the American people and he won’t. It’s utterly disqualifying.”

The former vice president also highlighted Trump’s comments from the previous night criticizing him for not following through on a pledge he made last month to institute a national mask mandate to prevent the spread of the virus.

Trump, taking questions from reporters at the White House on Wednesday evening, pushed back on the CDC director’s comments.

The president argued that the possibility of masks being more effective than a vaccine was incorrect and that Redfield may have misunderstood the question.

And he added that, “as far as the masks are concerned, I hope that the vaccine is going to be a lot more beneficial than the masks.”