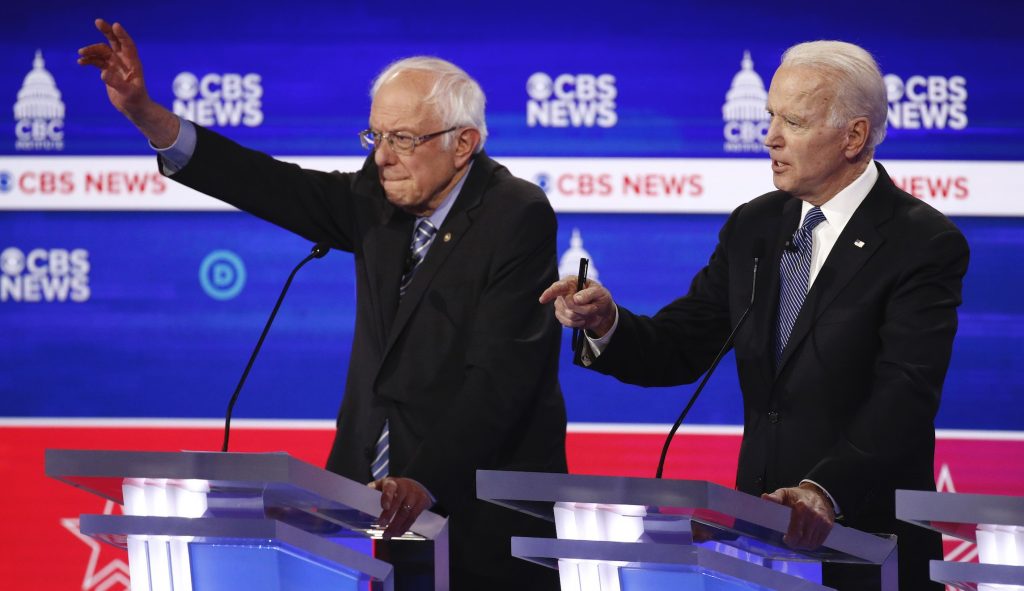 Bernie Sanders wanted to talk up the finer points of “Medicare for all.” Joe Biden said the raging coronavirus crisis is too urgent for political divisions and petty politics.

Biden’s vision largely won out Sunday during CNN’s and Univision’s Democratic debate, held in CNN’s Washington, D.C., studio amid the coronavirus outbreak that is forcing people indoors by the millions. The former vice president at once took an above-the-fray approach to his remaining Democratic primary rival while offering a plethora of details on how to marshal federal resources to counter the spread of the respiratory illness.

By effectively playing the adult in the room, Biden, a Delaware senator for 36 years before two terms as President Barack Obama’s vice president, scored a late-in-the-game win over the Vermont senator before the next round of voting next Tuesday. Sanders, as usual, focused on “Medicare for all,” income inequality, and other favored topics. But they seemed almost antiquated during a worldwide health crisis.

Yet Biden started the primary’s first one-on-one debate weakly, setting social media alight by coughing repeatedly during his first answer. A dry cough is one symptom that distinguishes the COVID-19 virus from the flu.