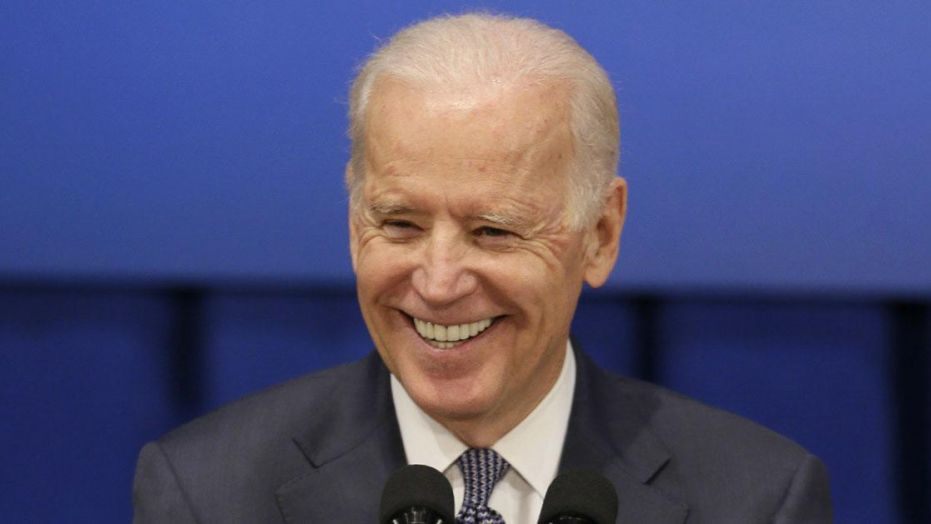 Former Vice President Joe Biden on Thursday struck a uniquely bipartisan and pragmatic tone as he joked about criticism he’s received for getting along with Republicans — perhaps an effort to distinguish himself from a largely liberal field of candidates vying for the 2020 Democratic presidential nomination, as he weighs a bid of his own.

“I get in trouble, I read in the New York Times that one of my problems is, if I ever run for president, I like Republicans: Okay well bless me, Father, for I have sinned,” Biden said, crossing himself. “But where I come from, I don’t know how you get anything done until we start talking to one another again.”

Biden appeared to be referring to a New York Times story on Wednesday that reported how Biden praised Rep. Fred Upton, R-Mich., three weeks before the November elections. The Times said the move “stunned Democrats and elated Republicans” and “underscores his potential vulnerabilities in a fight for the Democratic nomination and raises questions about his judgment as a party leader.”

Biden addressed the U.S Conference of Mayors in Washington, D.C., where he spoke at length about his experience in the Obama administration dealing with the recovery from the 2008 financial crash, and what he said was a successful decision to inject hundreds of billions of dollars into the economy via the Recovery Act. Last month, he described himself as the “most qualified person in the country to be president.”