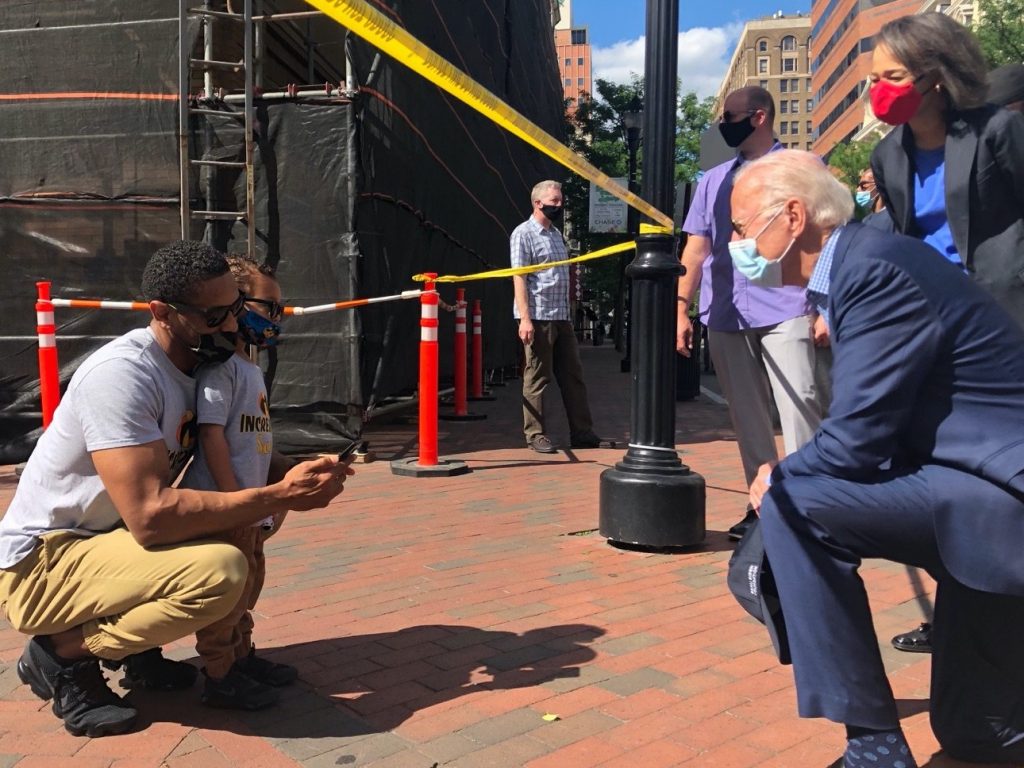 Former Vice President Joe Biden visited the site of George Floyd protests in Delaware on Sunday — just the second time he’s been seen in public in more than two months.

The apparent Democratic presidential nominee toured stores that had been damaged in the protests with Delaware Rep. Lisa Blunt Rochester and posted video on Instagram posing for pictures with passersby. He also tweeted a picture of himself kneeling and speaking with a young African-American man. They were both wearing face coverings.