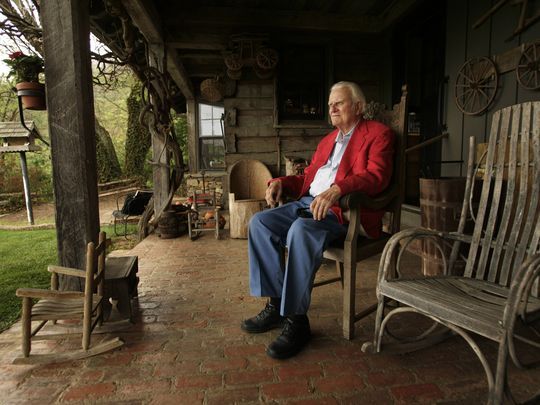 The world’s best-known evangelist, the Rev. Billy Graham, died Wednesday. He was 99.

From the gangly 16-year-old baseball-loving teen who found Christ at a tent revival, Graham went on to become an international media darling, a preacher to a dozen presidents and the voice of solace in times of national heartbreak. He was America’s pastor.

Graham retired to his mountain home in Montreat, N.C., in 2005 after nearly six decades on the road calling people to Christ at 417 all-out preaching and musical events from Miami to Moscow. His final New York City crusade in 2005 was sponsored by 1,400 regional churches from 82 denominations. In recent years, he was plagued by various ailments, including cancer and pnemonia.

He took his Bible to the ends of the Earth in preaching tours he called “crusades.” Presidents called on Graham in their dark hours, and uncounted millions say he showed them the light.