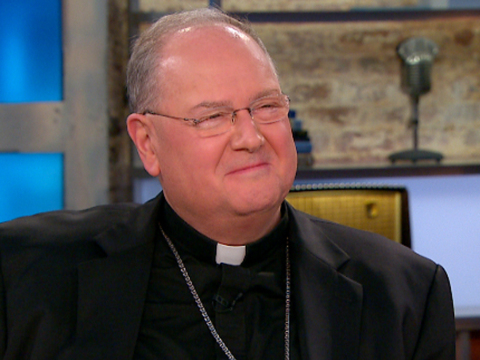 It was no secret inside the West Wing that Bill Daley, a Catholic with deep connections to the church hierarchy, vehemently opposed the administrationâ€™s proposal to require church-run hospitals and universities to give their employees free contraception.

But it was the way he pushed his case that aggravated some women on President Barack Obamaâ€™s senior staff, according to current and former administration officials. In early November, without consulting them, Daley set up a four-man Oval Office meeting for himself, Obama, New York Archbishop Timothy Dolan and Vice President Joe Biden, who both shared the view that the policy would sink the president with Catholic voters.

Obama, a person close to him tells POLITICO, hadnâ€™t made any final decision, hadnâ€™t fully analyzed the dueling arguments, hadnâ€™t expressed a strong policy preference, and felt â€œmildly uncomfortableâ€ being put on the spot.

On Jan. 20 â€” after a protracted internal debate over the policyâ€™s implications and lobbying from allies in the reproductive-rights community â€” Obama approved the mandate, to the horror of the conservative Dolan and even to more liberal Catholic allies such as Washington Post columnist E.J. Dionne.

From the standpoint of the 2012 campaign, the debate over birth control, the stuff of the 1960s, has opened a dangerous electoral schism for Democrats, pitting Obamaâ€™s base of female supporters against the church and a GOP presidential field all too eager to seize on a perceived assault on religious liberty.