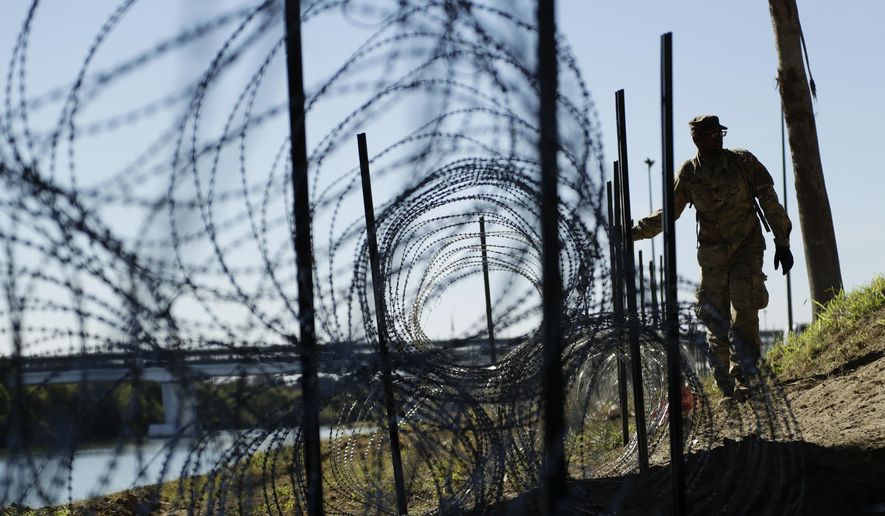 The White House sent a memo to the Pentagon this week granting troops stationed at the border permission to engage in some law enforcement tasks, and to use lethal force if they get endangered.

Pentagon officials were reviewing the memo Wednesday, and it was unclear whether any of the more than 8,000 active-duty and National Guard troops have begun to carry out expanded duties, which reportedly include the ability to engage in crowd control and temporary detention and to perform quick searches.

A presidential memo obtained by Newsweek shows the enhanced powers are particularly aimed at defending against the migrant caravans that are camped out on the Mexican side of the border, after having crashed their way through the Guatemala-Mexico border late last month. President Trump is intent on avoiding a repeat.

“There are a lot of criminals in the caravan. We will stop them,” Mr. Trump tweeted Wednesday afternoon.