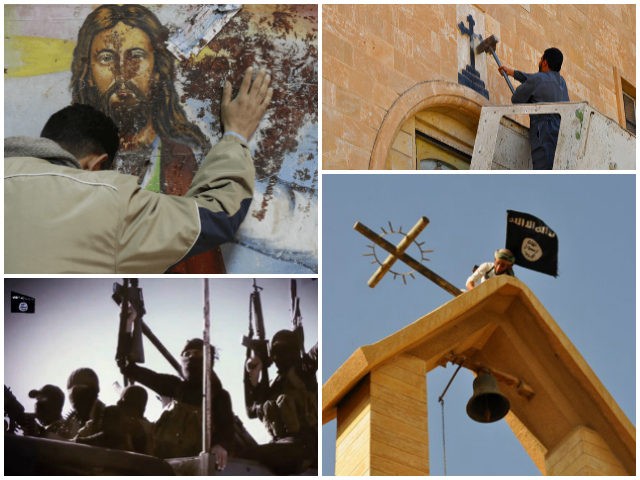 In the latest issue of its English-language magazine Dabiq, the Islamic State calls on Christians to abandon Christianity, arguing that Jesus himself was “a slave of Allah” who will “wage jihad” upon returning to earth.

The fifteenth issue of the magazine, titled “Break the Cross,” is dedicated to convincing Christians that Jesus was a prophet of Allah, was never crucified, and that most of the New Testament is a perversion of Jesus’s story orchestrated by St. Paul, a “criminal” “treacherous Jew” who gave up massacring Christians in order to subvert the religion from the inside. Its articles strive to depict Christianity as a pagan religion based on a false Jesus, arguing that the only true Jesus is the prophet of Islam.

The feigned compassion towards Christians in most of the volume stands in stark contrast to the actions of the Islamic State’s terrorists towards Christian communities, which includes rape, torture, crucifixion, and slavery.

n the issue’s Foreward, the editors make clear the intent of the magazine: the issue will help “Crusaders” “read into why Muslims hate and fight them, why pagan Christians should break their crosses, why liberalist secularists should return to the fitrah (natural human disposition), and why skeptical atheists should recognize their Creator and submit to Him.”

“In essence, we explain why they must abandon their infidelity and accept Islam, the religion of sincerity and submission to the Lord of the heavens and the earth,” the editors write.