Campaign Obama: Made in China? 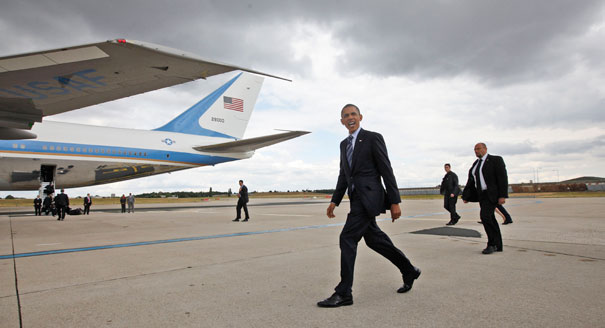 The all-consuming hunt for donors has led President Barack Obamaâ€™s campaign to England. And France. And China.

Obama is tapping the network of American citizens living outside the 50 states more than any other presidential campaign has before, with more than a dozen bundlers who have pledged to raise as much as $4.5 million.

The presidentâ€™s overseas power centers include London, where high-powered execs like Warner Bros. Josh Berger and Anthony Gardner of Palamon Capital Partners have promised to deliver as much as $500,000 each to the campaign, and Shanghai, where businessman and Technology for Obama co-Chairman Robert Roche has committed to bringing in more than $500,000.

Itâ€™s all legal â€” the donors are American citizens who pay U.S. taxes â€” and the net income to the campaigns is paltry compared the hundreds of millions of dollars raised stateside. Presidential campaigns have long taken in campaign donations from expats and people living in U.S. territories, but Obamaâ€™s campaign is focusing on those donations more than ever.

In 2008, Obama reported having seven bundlers outside the 50 states committed to raising as much as $2.3 million, with the dough rolling in at events like a George Clooney-headlined fundraiser in Geneva. Meanwhile, Sen. John McCain (R-Ariz.) took in $610,000. And in 2004, presidential campaigns took in just under $910,000 total from Americans living abroad.