Carly Fiorina Emerges as a G.O.P. Weapon Against ‘War on Women’ Charge 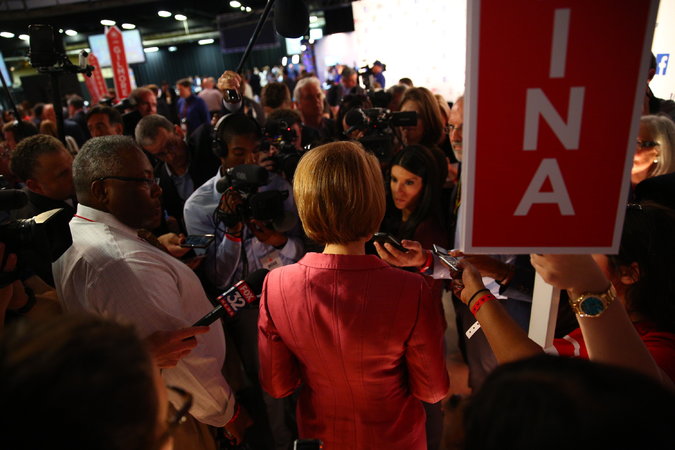 This week, Donald J. Trump said that listening to Carly Fiorina, the only woman competing for the Republican presidential nomination, gave him “a massive headache.”

It was music to Mrs. Fiorina’s ears.

For months, the former Hewlett-Packard executive has tried to gain traction by pointedly attacking Hillary Rodham Clinton. But Mrs. Fiorina’s candidacy did not start to sizzle until her performance at last week’s second-tier Republican debate, where viewers realized that as the sole woman in a 17-candidate primary field, she was singularly qualified to stand up to Mr. Trump.