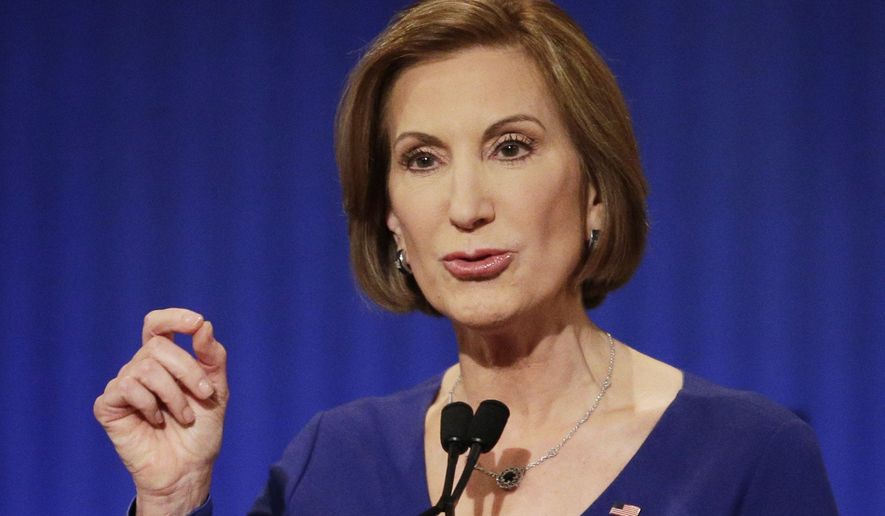 GOP presidential contender Carly Fiorina linked Donald Trump and Hillary Clinton in the GOP undercard debate Thursday, arguing that they are part of the problem, not the solution to the nation’s most pressing problems.

Looking to capture lightning in a bottle after missing the cut for the prime-time Republican showdown later in the evening, Mrs. Fiorina went directly after the Republican and Democratic front-runners in her opening remarks.