Carney: Protests not directed at the United States 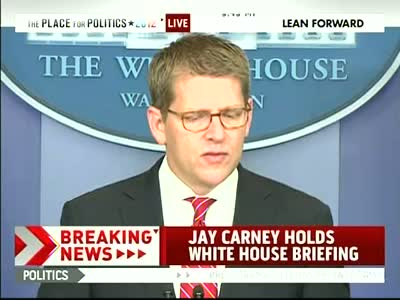 White House press secretary Jay Carney said Friday the violent protests throughout the Middle East are not directed at the United States or U.S. policy but are a response to a YouTube video:

CARNEY: We also need to understand that this is a fairly volatile situation and it is in response not to United States policy, and not to, obviously, the administration, or the American people, but it is in response to a video, a film that we have judged to be be reprehensible and disgusting. That in no way justifies any violent reaction to it, but this is not a case of protests directed at the United States writ large or at U.S. policy, this is in response to a video that is offensive to Muslims.

Again, this is not in any way justifying violence, and we have spoken very clearly out against that and condemned it. And the president is making sure in his conversations with leaders around the region that they are committed as hosts to diplomatic facilities to protect both personnel and buildings and other facilities that are part of the U.S. representation in those countries.

The protests which began earlier this week have expanded rapidly across the Middle East on Friday.

Protesters attacked the U.S. Embassies in Tunis and Sudan; Tunisian protesters smashed windows and lit fires inside the embassy compound, while gunfire could be heard. Images of a dark column of smoke over the Tunisian site have circulated on the Internet Friday.