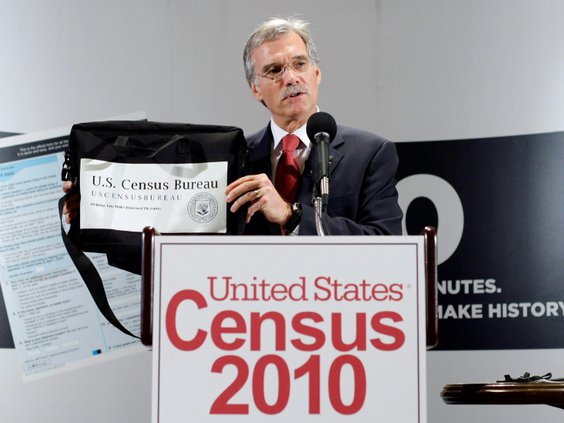 The Census Bureau said Monday it is being watchful about potential dangers to its workers – ranging from anti-government sentiment to everyday accidents – after six employees died in auto incidents in the past week.

At a news briefing, Census Bureau Director Robert Groves said the traffic deaths were of concern since temporary census workers are fanning out in neighborhoods across the country to conduct interviews until mid-July.

“We have hundreds of thousands of people disproportionately driving on the streets. So when you have 600,000 people, all sorts of bad things happen,” Mr. Groves said. “We hope there are few, if any, other incidents like this.”

At least two of the traffic deaths occurred Friday in the Lubbock, Texas, area, when two census workers were struck by a tanker truck after they apparently failed to yield at a stop sign. They had been scheduled to begin door-to-door canvassing on Saturday.

One other death also occurred in Texas, while the other cases in the past week were in California, South Carolina and Florida, according to the Census Bureau.

The Census Bureau also said it had stepped up training so that census workers stay alert and report any sign of hostility from homeowners expressing anti-government sentiment or other potentially dangerous behavior. In some cases, workers will be sent in teams to certain neighborhoods that may be considered higher risk.

“The safety of our enumerators is something we take seriously every day,” Mr. Groves said.