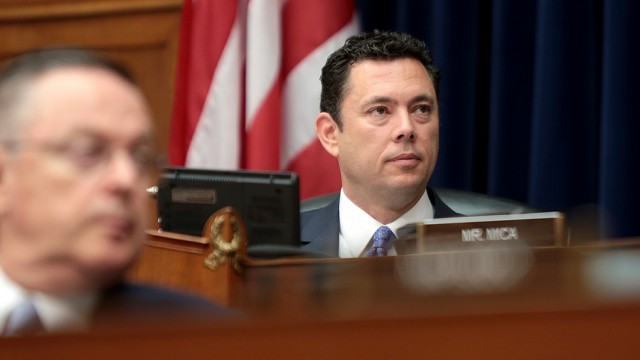 Rep. Jason Chaffetz (R-Utah) will not seek reelection in 2018, he announced in a Facebook post Wednesday morning.

“After long consultation with my family and prayerful consideration, I have decided I will not be a candidate for any office in 2018,” the House Oversight Committee chairman said.

Chaffetz, 50, had been floated as a potential candidate for Senate or Utah governor, but he denied any interest in running for anything in 2018. However, he noted that he “may run again for public office, but not in 2018.”
Sen. Orrin Hatch’s (R-Utah) seat is up in 2018, while Utah Gov. Gary Herbert’s (R) seat is up in 2020.

“For those that would speculate otherwise, let me be clear that I have no ulterior motives. I am healthy. I am confident I would continue to be re-elected by large margins. I have the full support of Speaker Ryan to continue as Chairman of the Oversight and Government Reform Committee. That said, I have made a personal decision to return to the private sector,” Chaffetz said.