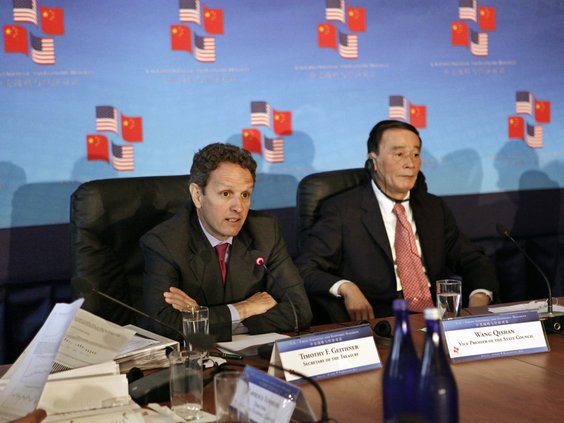 After peaking at $801.5 billion, China’s holdings of U.S. Treasury securities declined to $755.4 billion at the year’s end, dropping the communist power into the position of second-largest holder of Treasury debt after Japan’s $768.8 billion, official government data reveal.

But these numbers don’t tell the whole story.

“The U.S. Treasury data almost certainly understate Chinese holdings of our government debt because [the U.S. figures] do not reveal the ultimate country of ownership when [debt] instruments are held through an intermediary in another jurisdiction,” Simon Johnson, an economics professor at the Massachusetts Institute of Technology, told the U.S.-China Economic and Security Review Commission, a bipartisan forum established by Congress in 2000 to monitor the security implications of the U.S. economic relationship with China.

Mr. Johnson told the commission last week that “a great deal” of last year’s $170 billion increase in Treasury holdings by the United Kingdom “may be due to China placing offshore dollars in London-based banks” and then using the funds to purchase Treasury debt.

Mr. Johnson, a former chief economist for the International Monetary Fund, estimated that China owns about $1 trillion in U.S. Treasury securities, or nearly half the $2.37 trillion stock of Treasury debt held by “foreign official” owners.

The amount of U.S. debt held by China is even higher than that, said Eswar Prasad, an economist at Cornell University.