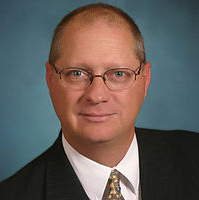 President Donald Trump is so right about how the liberal media is so dishonest.  The weekend kerfuffle over the size of the crowd witnessing Trump’s inauguration is just the latest example.

The story the press wanted to put out was that Trump’s support was weak.  As such, on Friday it posted and peddled a photo of the Washington Mall during President Barack Obama’s 2009 inauguration – in which white floor coverings over the grass were NOT used – and compared that side-by-side to a similar photo of the Mall during Trump’s inauguration in which white landscape coverings WERE used.

Apples to oranges.  Very dishonest to compare the two and try to draw a conclusion that there wasn’t tremendous support for and attendance at Trump’s swearing-in ceremony.

On Saturday, White House Press Secretary Sean Spicer took the dishonest “fake news” media to task, pointing out – and here’s the full quote – “This was the largest audience to ever witness an inauguration, period, both in person and around the globe.”

But the only way they could get away with claiming Spicer lied was to completely ignore the part where Spicer SPECIFICALLY said “both in person and around the globe.”

Not just in attendance in person on the Mall.  AROUND…THE…GLOBE.  And that includes watching electronically, not just on regular TV.

Which is the other way the dishonest media tried to minimize the size of the audience.  It cited standard U.S. television ratings only.  It didn’t bother to acknowledge that this inauguration – thanks to technology advances that weren’t even around in 2009 – was the most-watched inauguration on streaming and social media sites such as Twitter and Facebook that don’t show up in Neilson’s ratings.

So while the “fake news” media was focusing only on live attendance on the Mall and people watching on traditional television channels in the U.S., Spicer SPECIFICALLY talked about EVERYBODY who witnessed the inauguration from “around the globe” – including on smart-phones, tablets, laptops and desktop computers.

Indeed, both parties were relying on facts…but different facts.  Or as White House Senior Advisor Kellyanne Conway put it, “alternative facts” – something else the dishonest media misrepresented and blew up way out of proportion.

Both sets of facts were generally true.  But one set of facts was chosen by the media to put Trump in the worst possible light while the other set of facts highlighted by the White House portrayed the president in a more positive – and, frankly, more accurate – light.

This is exactly what Spicer was talking about when he lectured the media on Saturday for its “shameful and wrong” efforts “to lessen the enthusiasm of the inauguration” by minimizing “the enormous support” and interest in President Trump’s swearing-in ceremony “around the globe.”

This dishonest media – and especially CNN – will NEVER give Donald Trump a fair shake.  It will ALWAYS look for even the most trivial negative no matter what this president does.  If Trump himself discovers a cure for cancer tomorrow, CNN will spend the day criticizing him for taking so long.