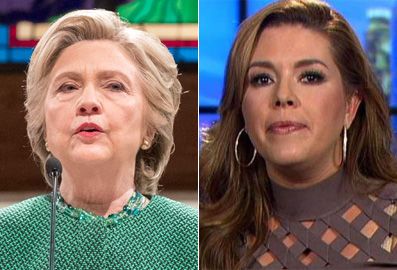 The Clinton campaign’s recent attacks on Donald Trump for his comments about a beauty queen’s weight problems were months in the making, according to an opposition research report uncovered in emails released by WikiLeaks on Sunday.

Democratic presidential nominee Hillary Clinton invoked those comments during the first presidential debate on Sept. 26. Near the end of the showdown, during a sustained riff about the Republican nominee’s past remarks about women, Clinton cited the case of Miss Universe 1996 Alicia Machado.

“And one of the worst things he said was about a woman in a beauty contest,” Clinton said. “He loves beauty contests, supporting them and hanging around them. And he called this woman ‘Miss Piggy.’ Then he called her ‘Miss Housekeeping,’ because she was Latina. Donald, she has a name.”

Trump responded: “Where did you find this?”

The answer is: in a 157-page opposition research file that Clinton’s campaign had been using since at least Dec. 19, 2015, the day research director Tony Carrk emailed it – and research files on Sens. Ted Cruz and Marco Rubio – to Clinton Campaign Chairman John Podesta. Podesta’s emails were subsequently hacked and more than 25,000 of them have been released so far by anti-secrecy group WikiLeaks.