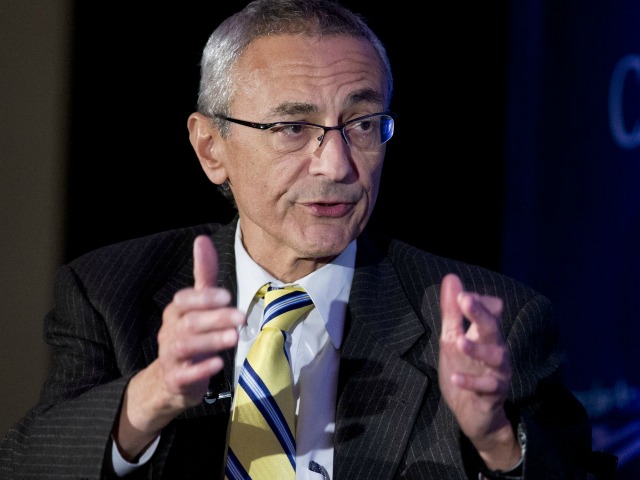 If you love the team that put together the Clinton Foundation and all of its various corrupt dealings with foreign nations, you’ll love the Hillary Clinton 2016 campaign. It now turns out that John Podesta, chair of Hillary’s presidential campaign – and the same man who called the allegations of Peter Schweizer’s Clinton Cash “conspiracy theories” – has a brother who runs a company, The Podesta Group, that lobbied the State Department on behalf of Uranium One while Hillary Clinton was Secretary of State and beyond.

Uranium One is, of course, the uranium firm that sent a “flow of cash” to the Clinton Foundation as the Russian government gained increasing ownership of the company; the State Department had to sign off on the Russians’ encroachment into the American uranium market. The Clinton Foundation did disclose its relationship with Uranium One in Hillary’s State Department disclosures. According to the Daily Caller, Uranium One “paid the Podesta Group $40,000 to lobby the State Department, the Senate, the National Park Service and the National Security Council for ‘international mining projects,’ according to a July 20, 2012 filing.”