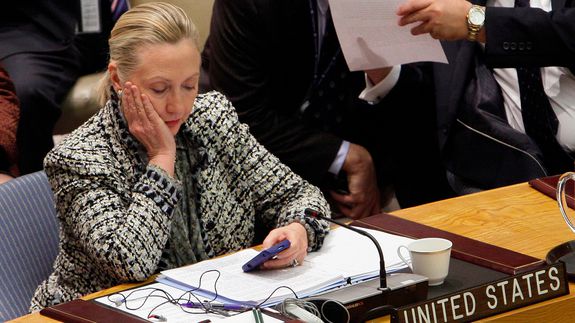 Hillary Clinton told FBI agents in July that she thought the classified “C” markings on emails recovered from her private emails were just a way to put paragraphs in alphabetical order.

FBI Director James Comey had said his agents pulled three emails marked classified off her server system in the course of their year-long investigation.

“When asked what the parenthetical ‘C’ meant before a paragraph … Clinton stated she did not know and could only speculate it was referencing paragraphs marked in alphabetical order,” the FBI wrote in notes from its interview with her.