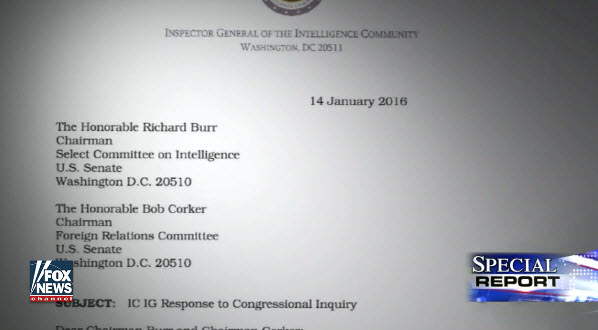 Hillary Clinton’s emails on her unsecured, homebrew server contained intelligence from the U.S. government’s most secretive and highly classified programs, according to an unclassified letter from a top inspector general to senior lawmakers.

ADVERTISEMENT
That indicates a level of classification beyond even “top secret,” the label previously given to two emails found on her server, and brings even more scrutiny to the presidential candidate’s handling of the government’s closely held secrets.