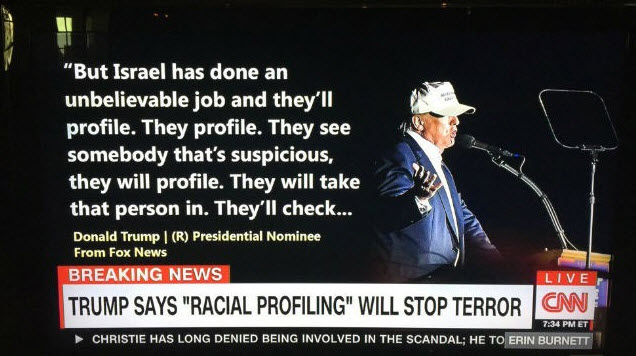 CNN added the word “racial” to Donald Trump’s Monday comments on terrorism and immigration, and is running headlines reporting that the GOP nominee is advocating “racial profiling”.

But a review of the transcript of Trump’s comments to Fox News that CNN quoted, however, shows that Trump never put the word “racial” in front of “profiling.”