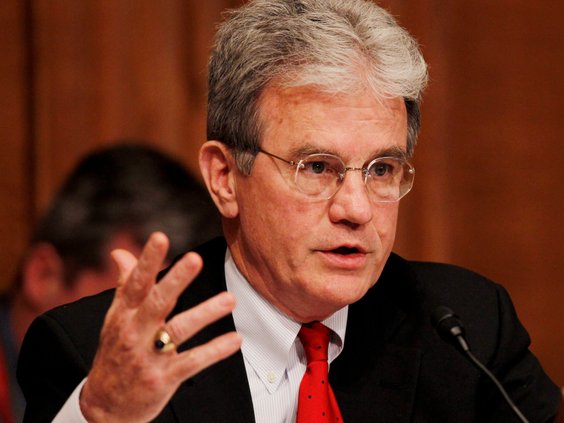 Sen. Tom Coburn wants his colleagues to prove that reading is fundamental â€” at least when it comes to the dozens of bills that pass over their desks, often with nary a glance from lawmakers.

The Oklahoma Republican wants senators to certify they’ve read and understood the hundreds of bills that pass each year without any floor debate in the Senate. The effort comes a year after last summer’s “read the bill” campaign highlighted lawmakers who acknowledged they hadn’t read the entire House health care bill, even as they tried to explain its intricacies to constituents.

Fewer than one in 10 measures the Senate passes actually receives a roll-call vote, according to the Congressional Research Service. Most of the rest of those bills pass with just a senator or two on the floor, reading a long list of items that have been approved by the top Democrats and top Republicans, who are supposed to have checked with their caucuses to see if there are any objections.

If no senator objects, then the measures are considered pass by “unanimous consent.”

Oftentimes the measures are formalities, such as recognizing a sports team or authorizing use of government property for a ceremony. But the tactic has also been tried on measures to spend billions of dollars on extended unemployment benefits or to extend some stimulus bill spending.

Mr. Coburn’s amendment requires bills to be available for 72 hours before they are voted on and for senators to affirm in writing they have read and understand the measures and any costs associated with any bills that senators try to pass by unanimous consent.