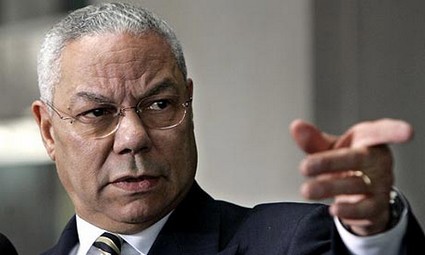 Former Secretary of State Colin Powell is pushing back on Hillary Clinton’s reported claims that he advised her to use a personal email account — telling reporters that the Democratic presidential nominee is trying to “pin” the scandal on him.

The New York Times reported last week that Clinton told the FBI that Powell detailed to her his email practices under George W. Bush. The paper cited a passage from an upcoming book about Bill Clinton’s post-presidency that read, “Powell told her to use her own email, as he had done, except for classified communications, which he had sent and received via a State Department computer.”

Powell, in response, said in a statement he only sent her a memo about his email practices and had no recollection of this conversation with Clinton.