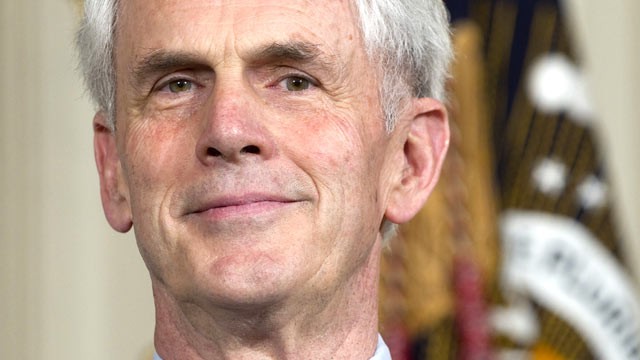 Authorities found Bryson, 68, unconscious at the wheel of his Lexus after hitting two vehicles shortly after 5 p.m. Saturday, authorities said. He was cited for felony hit-and-run but was not booked. He was taken to a hospital.

Commerce Department spokeswoman Jennifer Friedman confirmed the information to The Times on Monday.

“Secretary Bryson was involved in a traffic accident in Los Angeles over the weekend. He suffered a seizure,” Friedman said in a statement. “He was taken to the hospital for examination and remained overnight for observation. He was released and has returned to Washington.”

A Commerce official said later that Bryson had never had a seizure before and had “limited recall of the events.” He remains in contact with doctors, the official said.

An investigation into the crash is ongoing.