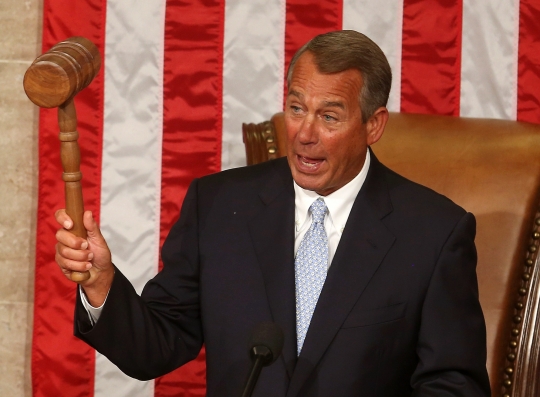 In a little-noticed brief filed last summer, lawyers for the House of Representatives claimed that an SEC investigation of congressional insider trading should be blocked on principle, because lawmakers and their staff are constitutionally protected from such inquiries given the nature of their work.

The legal team led by Kerry W. Kircher, who was appointed House General Counsel by Speaker John Boehner in 2011, claimed that the insider trading probe violated the separation of powers between the legislative and executive branch.

In 2012, members of Congress patted themselves on the back for passing the STOCK Act, a bill meant to curb insider trading for lawmakers and their staff. “We all know that Washington is broken and today members of both parties took a big step forward to fix it,” said Rep. Bill Johnson, R-Ohio, upon passage of the law.

But as the Securities and Exchange Commission made news with the first major investigation of political insider trading, Congress moved to block the inquiry.