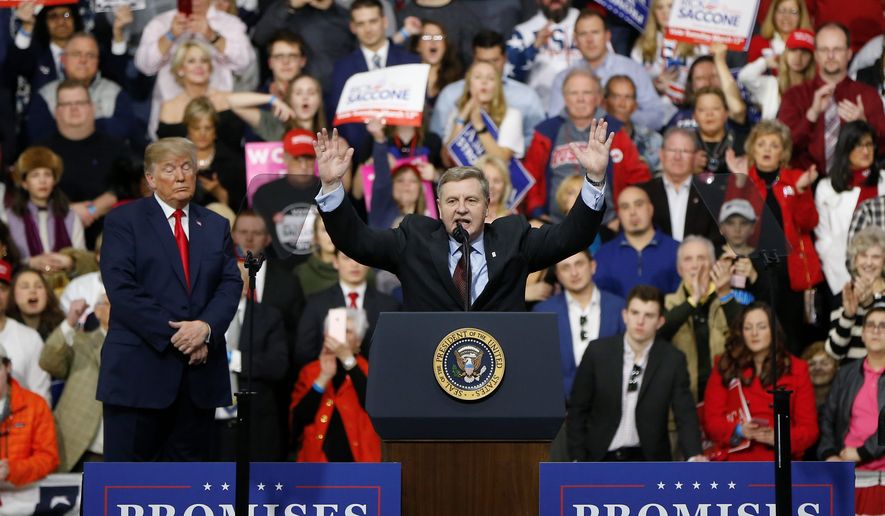 Mr. Trump struck a different note less than 24 hours earlier when he appeared at a rally that was ostensibly for Mr. Saccone, but it largely served as a chance for the president to tout what he sees as his biggest accomplishments and tell voters that the race is a referendum on him and his “America first” agenda.

“Lamb the Sham, he is trying to act like a Republican,” Mr. Trump said of the Democrat. “He won’t give me one vote.”

The closest thing to a mention of Mr. Trump at the Lamb event Sunday came when a labor official alluded to how the president spent most of his time the previous evening talking about himself instead of Mr. Saccone.