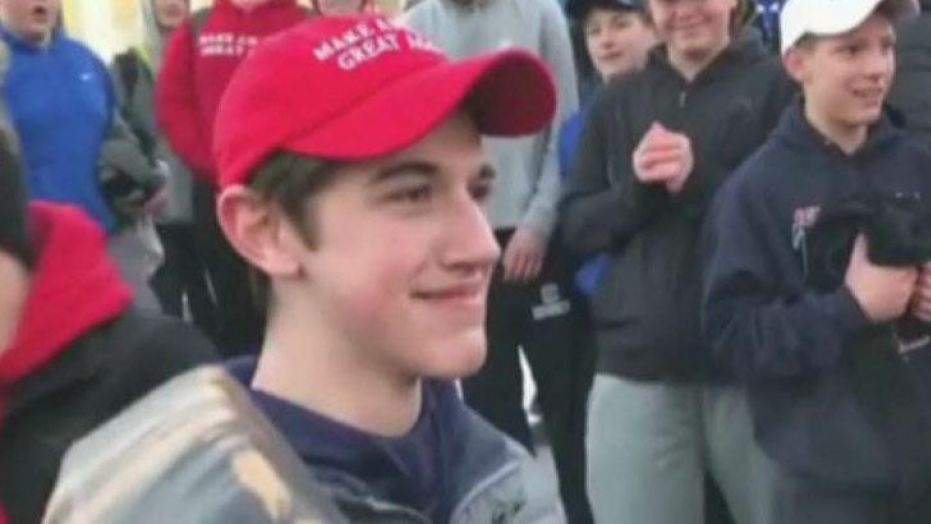 More than 50 media organizations, celebrities and politicians were sent letters from lawyers representing the Covington Catholic High School student seen in a controversial viral video — the first step in a possible libel and defamation lawsuit — and the teen’s legal team also released a 15-minute video that they say shows “the truth” about his interactions at last month’s March For Life.

Sen. Elizabeth Warren, D-Mass., actors Alyssa Milano and Jim Carey, media organizations CNN, the New York Times and the Washington Post and the Diocese of Covington were among the dozens recently sent preservation letters, the text of which advised the parties not to destroy any documents in connection with the case. The Cincinnati Inquirer first reported on Friday the initial list of organizations, and attorney Todd McMurtry confirmed to Fox News on Monday that more organizations or individuals could also receive letters.

“It’s an enormous pool of possible defendants,” he said, adding only one party had responded to the letter, though he did not say which.

McMurtry, of the Hemmer DeFrank Wessels law firm in Ft. Mitchell, Kentucky, is part of the legal team representing Nick Sandmann, the Kentucky teenager vilified online after a viral video widely misrepresented him allegedly harassing a Native American man following a pro-life demonstration on Jan. 18 at the Lincoln Memorial in Washington, D.C.