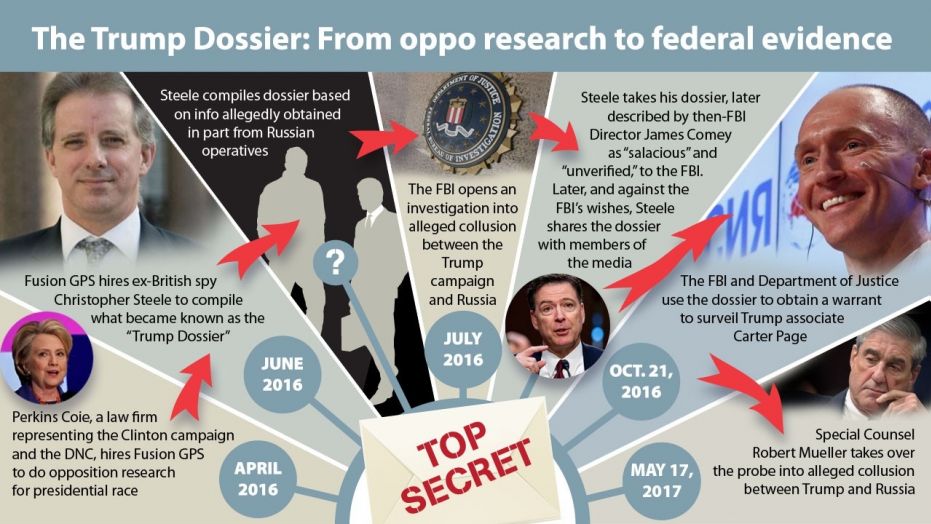 That memo, commissioned by House Intelligence Committee Chairman Devin Nunes, R-Calif., continues to fuel a firestorm on Capitol Hill, where Democrats are pushing for the release of their own counter-memo. A central point of dispute is the Nunes document’s claim that the salacious, anti-Trump dossier was crucial to the FBI’s efforts to seek a surveillance warrant for a Trump associate and that the applications omitted the Democratic National Committee and Clinton campaign’s funding for the research via Glenn Simpson’s Fusion GPS firm – which hired Steele.