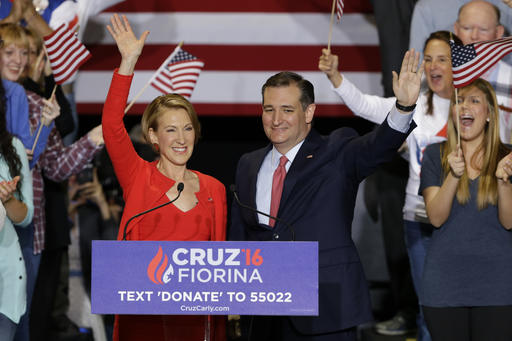 Ted Cruz, looking for a shake-up in the 2016 race as Donald Trump moves steadily closer to the Republican nomination, on Wednesday announced former GOP primary rival Carly Fiorina as his choice for running mate should he win the party nod.

The move was immediately dismissed as an act of “desperation” by the Trump team, but Cruz – while acknowledging it is “unusual” to announce a running mate so early – defended the decision. He claimed “nobody is getting to 1,237 delegates,” the number needed to clinch the nomination, and voters should “know what [they] will get.”

Cruz, together now with Fiorina, was trying to fight Trump’s narrative that the race is effectively “over,” after the front-runner swept five primary states on Tuesday. But Fiorina, in accepting Cruz’s offer, said she’s ready to “fight.”