Darrell Issa: ‘We Are in a Crisis,’ and Hillary Clinton Is a ‘Criminal Involved in a Criminal Enterprise’ 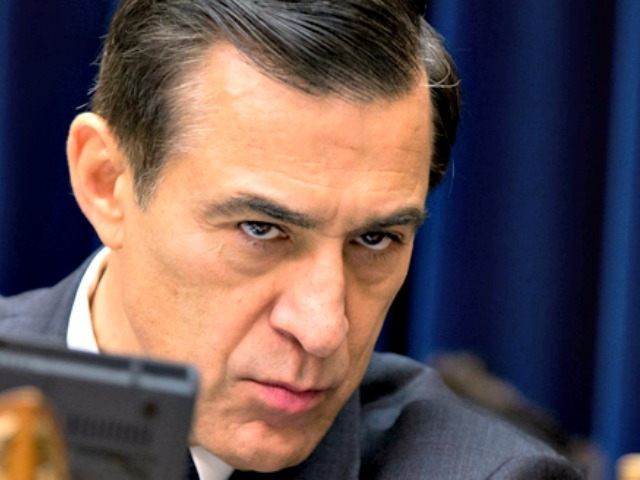 We are in a crisis because Hillary Clinton, if the voters do not stop her, will be the next President of the United States. She will, in fact, on Day One say, “Pardon me,” and she’ll mean it. She’ll have pardoned herself. She will have, in fact, gone from being a criminal involved in a criminal enterprise — obviously, Clinton Cash depicted that — and somebody who flaunted the security laws, the privacy laws, the presidential and the Federal Records Act, and gotten away with it.