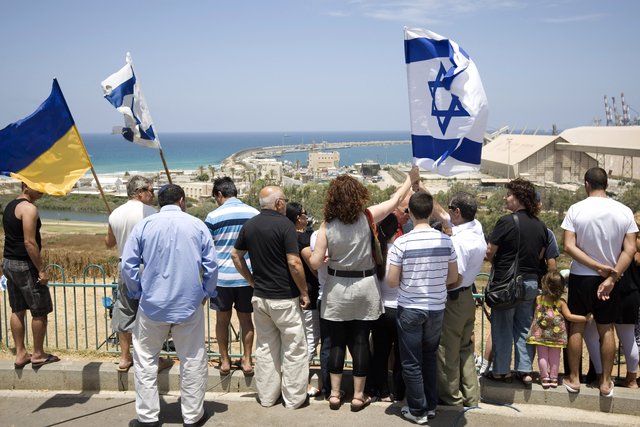 JERUSALEM (AP) â€” A defiant Israel enforced its 3-year-old blockade of Hamas-ruled Gaza on Saturday, with naval commandos swiftly commandeering a Gaza-bound aid vessel carrying an Irish Nobel laureate and other activists and forcing it to head to an Israeli port instead.

The bloodless takeover stood in marked contrast to a deadly raid of another Gaza aid ship this week. However, it was unlikely to halt snowballing international outrage and demands that Israel lift or at least loosen the devastating closure that confines 1.5 million Palestinians to a small sliver of land and only allows in basic humanitarian goods.

For now, the confrontations at sea are likely to continue.

The organizers of Saturday’s sail said they planned to dispatch as many as three more ships in coming months and that four captains already have volunteered for the missions.

“What Israel needs to understand is that nothing is accomplished with force,” said Greta Berlin of the Cyprus-based Free Gaza group, which sent the latest aid vessel, the Rachel Corrie.

Israel said it would block any attempt to reach Gaza by sea, in order to prevent weapons from reaching the Iranian-backed Islamic militant group. “Israel … will not allow the establishment of an Iranian port in Gaza,” Prime Minister Benjamin Netanyahu said.

At the same time, Israel signaled Saturday it is considering easing the blockade, although officials provided no details. Israel and Egypt closed Gaza’s borders after Hamas seized the territory three years ago from Western-backed Palestinian President Mahmoud Abbas.

Saturday’s takeover of the 1,200-ton ship was over in minutes.