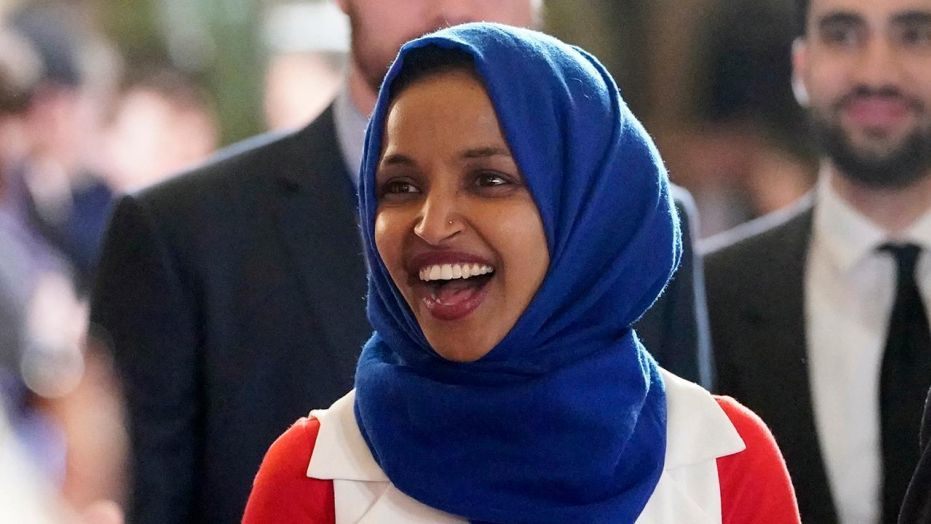 Rep. Ilhan Omar, D-Minn., apologized Monday for comments in which she implied that a prominent pro-Israel lobby compensated lawmakers for their support of the Jewish state, but insisted on what she called “the problematic role of lobbyists in our politics.”

“Anti-Semitism is real and I am grateful for Jewish allies and colleagues who are educating me on the painful history of anti-Semitic tropes,” Omar wrote in a statement posted to Twitter. “My intention is never to offend my constituents or Jewish Americans as a whole. We have to always be willing to step back and think through criticism, just as I expect people to hear me when others attack me for my identity. This is why I unequivocally apologize.”

“At the same time,” she added, “I reaffirm the problematic role of lobbyists in our politics, whether it be AIPAC [the American Israel Public Affairs Committee], the [National Rifle Association] or the fossil fuel industry. It’s gone on too long and we must be willing to address it.”

Omar drew condemnation from members of both parties after she tweeted Sunday evening that AIPAC has been paying members of Congress to support Israel. On Monday, House Speaker Nancy Pelosi, D-Calif., called on Omar to apologize, saying that “her use of anti-Semitic tropes and prejudicial accusations about Israel’s supporters is deeply offensive.”