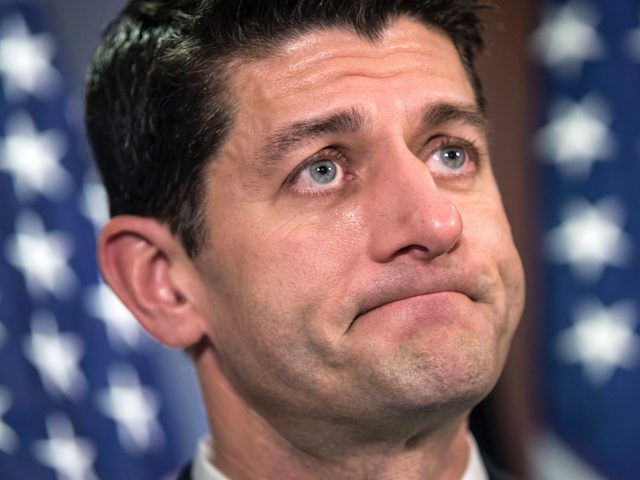 Democrats are cheering a new poll which shows that likely 2018 voters shift 33 points away from incumbent GOP legislators once they are given negative information about House Speaker Paul Ryan’s healthcare bill.

“Voters [in GOP districts] move from approving of their congressperson by 12 points(46% approve, 34% disapprove) to disapproving by 21 points (35% approve,56% disapprove) — a net shift of 33 percentage points,” says Priorities USA, which commissioned the poll of 1,001 likely voters into the popularity of Ryancare, or the American Health Care Act.

The Ryancare bill is intended to supplant Obamacare’s takeover of the nation’s healthcare sector.