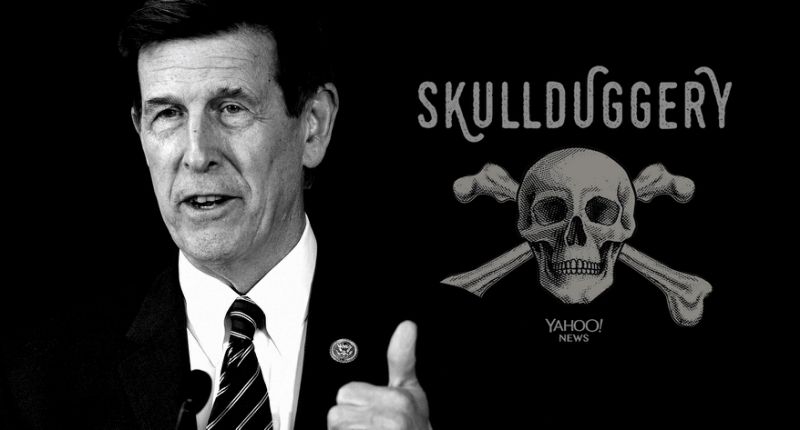 WASHINGTON — House Democrats have asked for a confidential copy of President Trump’s tax returns from the IRS, but obtaining them won’t be simple or fast, Rep. Don Beyer, D-Va., said during an interview on Yahoo News’ “Skullduggery” podcast. Beyer said Democrats will need a “good legal rationale” to request Trump’s financial documents, adding that he believes the questions surrounding Trump’s ties to Russia are sufficient reason to ask for the documents.

Beyer is a member of the powerful House Committee on Ways and Means, which has the power to obtain a copy of President Trump’s tax returns thanks to an obscure law that’s almost a century old.

Trump’s tax returns have been something of a holy grail for Democrats who have consistently requested the release of the documents, particularly given the questions surrounding foreign business dealings at Trump’s sprawling real estate company. Beyer predicted that his committee will ultimately be able to get their hands on Trump’s elusive financial documents. But he explained that there are several obstacles to the process.

According to Beyer, the law allows “entities in Congress” to “request the tax return of any American citizen.” He said the Joint Taxation Committee theoretically could ask for the returns, but would be unlikely to do so due to Republican control of the Senate. This leaves the Ways and Means Committee, which is led by Democrats since they won control of the House last year. While Beyer said the Democrats on the committee have “begun the process,” he said it would be slow going.