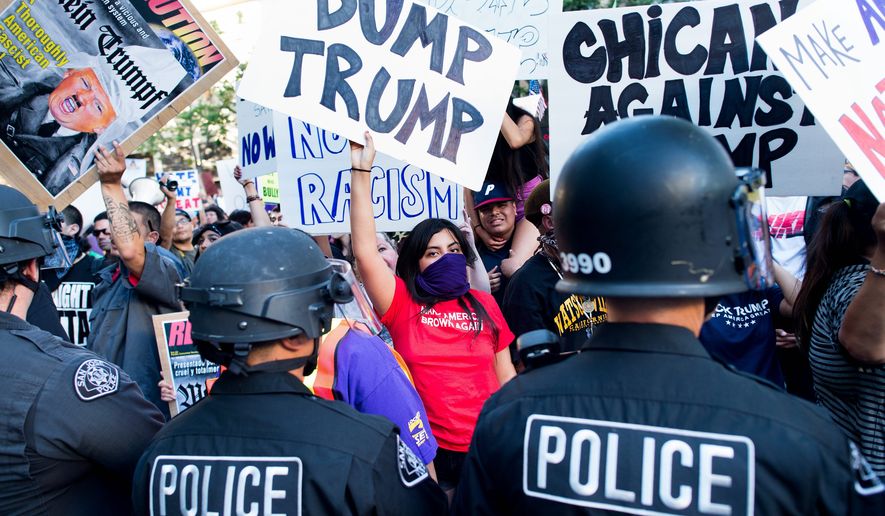 Robert Creamer, founder of Democracy Advocates and the husband of Rep. Janice D. Schakowsky, Illinois Democrat, stepped down from the campaign Tuesday, a day after Scott Foval was fired from his post as national field director of Americans United for Change.

Mr. Trump, who has long complained of a “rigged” election system, said at a Tuesday rally in Colorado that the video released by the conservative group Project Veritas Action confirmed his suspicions of Democrat-sponsored political chicanery.

“The protesters are paid a lot of money by the [Democratic National Committee], and they kept saying, ‘I wonder why those people are here, because they never seem to have much on their mind other than stand up and protest,’” Mr. Trump told a crowd in Colorado Springs. “And yesterday it came out, but it was barely covered by the media. But it’s all over the internet. They were busted.”