Democrats Embrace Tax-the-Rich Label After Years of Ducking It 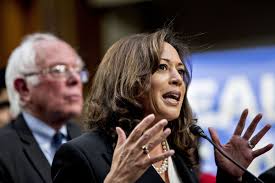 (Bloomberg) — Some of the top Democratic presidential candidates are trying to make a name for themselves by calling for higher taxes on the wealthy. And for some wealthy donors, that’s not a problem.

The proposals are exciting small-dollar political donors — and so far aren’t scaring off wealthy contributors, said Rachael Rice, who advises Maryland Democrats on fundraising. Those deep-pocketed donors are more motivated to unseat Trump than worry about their own wallets, she said.

The plans are emerging as some 20 Democratic contenders try to catch fire in a party that is unified in its hopes of defeating Trump next year. They’re looking to ride a wave that reclaimed the House of Representatives for the party last November and swept many unabashed progressives into office.