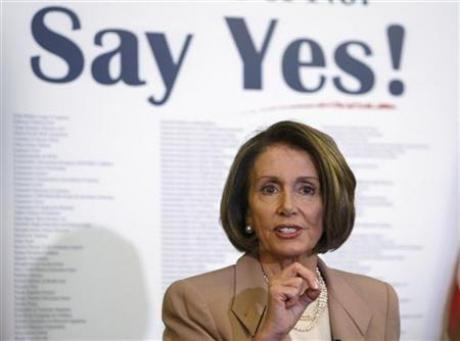 By Sean Lengell, The Washington Times

A small but growing chorus of Capitol Hill Democrats say they support delaying a scheduled expiration of Bush-era tax cuts on wealthier Americans, bucking the Obama administration’s desire to shield only middle-income earners from a tax increase.

But unlike Republicans, influential Democrats – including Sens. Kent Conrad, Ben Nelson and Evan Bayh – want the tax cuts on higher earners to be ended after the economy stabilizes.

Both parties are jockeying for the pole position in what is shaping up to be a nasty political fight heading into the November midterm elections. Democrats don’t want to be portrayed as tax raisers during hard economic times. Republicans must jibe their renewed opposition to deficit spending with the massive price of keeping the tax cuts on the books.

On Thursday, House Speaker Nancy Pelosi, California Democrat, said she would strongly oppose any attempt to extend the cuts beyond their scheduled January sunset. Instead, Mrs. Pelosi said, she supports tax cuts for middle-income earners.

“The tax cuts at the high end have increased the deficit enormously and they have not created jobs in the eight years of the Bush administration,” she said.

Mrs. Pelosi added that it was hypocritical for Republicans to insist that unemployment benefits be funded but not tax cuts for richer Americans.

“It’s 20 times greater – $34 billion for unemployment insurance benefits, which create jobs, [and] $700 billion for tax cuts for the wealthiest Americans,” she said.

Meanwhile Thursday, Federal Reserve Chairman Ben S. Bernanke said that extending the tax cuts would strengthen a still struggling U.S. economy – taking a different tack from predecessor Alan Greenspan, who has said that such a move would foolishly balloon the deficit.