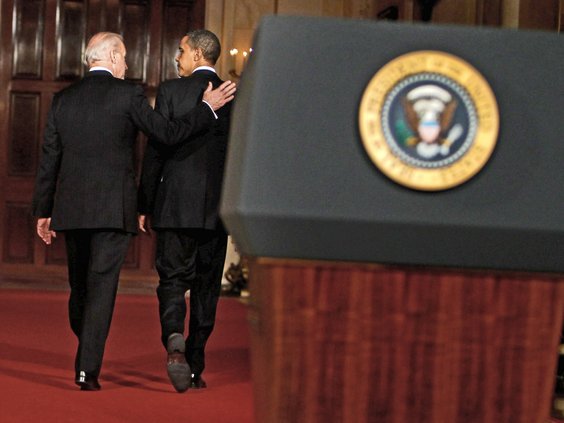 In one week, President Obama has positioned himself for success on both health care and the nettlesome issue of gays serving in the military – the big issues that bedeviled and ultimately weakened President Clinton during his first two years in office.

It’s coincidence that both happened this week, but Democrats said together they show the party’s commitment to these twin pillars of social policy.

The Pentagon’s move Thursday to grant more latitude to retain gay service members comes on the heels of the fanfare at the White House three days earlier, as Mr. Obama signed the wide-ranging health care overhaul into law.

“The presence of movement on the two biggest issues where Clinton tried and didn’t succeed is a credit to the president and to the strength of his agenda,” said Nathaniel Frank, senior research fellow at the Palm Center, a University of California at Santa Barbara-based think tank that supports gays serving in the military.

But Doug Heye, spokesman for the Republican National Committee, said Mr. Obama and Democrats this year do face the same pressures as 1994, and he pointed to a recent poll that showed voters want Republicans to keep fighting against the health care law.

“They are in a very similar position,” he said.

Mr. Clinton stumbled during his first year in office over gays in the military, when he tried to make good on a campaign promise to allow gays to serve openly.

That same year, Mr. Clinton made his foray into health care, appointing his wife, Hillary Rodham Clinton, to run a task force designed to produce legislation. But their plan sank under attacks from insurance companies and under the weight of competing plans by fellow Democrats, none of which could produce unity.

Mr. Obama came into office having pledged to tackle both issues again, and said he’d learned from Mr. Clinton’s experiences.

Instead of writing his own health care bill, he pushed Congress to act, and while his pace on gays in the military angered gay rights supporters, he said he was trying to build consensus within the Pentagon and Congress.

The new Pentagon policy announced Thursday would move decisions about dismissal up the chain of command, and would exclude third-hand knowledge of homosexual behavior from being used as a reason to dismiss someone.

Mr. Frank said that creates a situation where the military knows someone is gay because of an outside source, but would not dismiss them because it had no original information.

“For the military to be sending a message that people that the world knows to be gay can continue serving says a lot, and may very well have an impact on the political process,” he said.

That political process will play out over the next months and years as members of Congress push for a legislative repeal of the ban on gays in the military.

In the wake of Mr. Obama’s success on health care this week, Mr. Clinton sent a fundraising e-mail on behalf of the Democratic Congressional Campaign Committee calling the law’s passage a “truly historic moment,” and asking donors to pony up to show their support for the direction of Mr. Obama’s agenda.

“Let’s show the Republicans and their powerful special interests that we’re not about to let them repeat 1994,” Mr. Clinton said in the fundraising appeal.