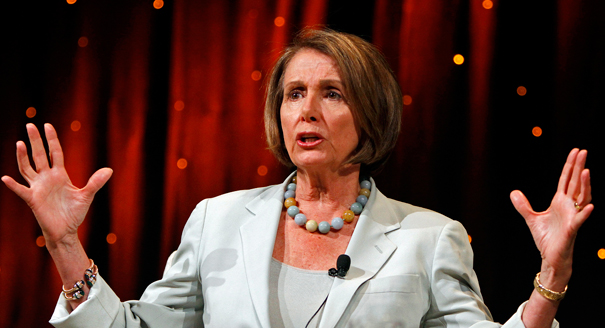 Some of the Democratic Partyâ€™s most endangered lawmakers are taking steps to distance themselves from Speaker Nancy Pelosi in an attempt to inoculate themselves from charges that they are beholden to the unpopular House leader and supportive of the ambitious national Democratic agenda.

Three vulnerable Democrats from conservative-oriented districts are already running TV ads spotlighting their defiance of Pelosi. One freshman incumbent recently joked about the possibility of Pelosi not being able to take up the gavel next year because she might pass away. Another member from a tough district suggested he might run for speaker himself.

The roster of Democrats currently playing six degrees of separation from Pelosi spans the map, from the Northeast to the South and across the Midwest to South Dakota.

The GOP has used Pelosi, who represents a liberal San Francisco congressional district, as a wedge against vulnerable Democrats for almost as long as she has been in Democratic leadership. But with Election Day just nine weeks away, the sprint away from the House speaker highlights the increasing urgency with which the partyâ€™s most vulnerable legislators are trying to prove their independence from Democratic leaders and the Capitol Hill agenda that has defined President Barack Obamaâ€™s first term in office.

â€œRepublicans have worked to define her as whatâ€™s wrong with Democrats,â€ said Dave Beattie, a Florida-based Democratic pollster who is working on several top-tier races. â€œItâ€™s playing to partisan stereotypes and sheâ€™s just a vehicle for that.â€

Pelosi aides and allies said they understand that embattled members sometimes need to distance themselves from the speaker and note that she doesnâ€™t take it personally, although they caution that how it is done is just as important as why itâ€™s done.

â€œDonâ€™t do something that can be used against another Democrat,â€ said a Democratic official close to Pelosi. â€œTalking against Washington insiders is not the same as the â€˜Pelosi energy taxâ€™ or â€˜Obamacare.â€™ You have to be smart here.â€