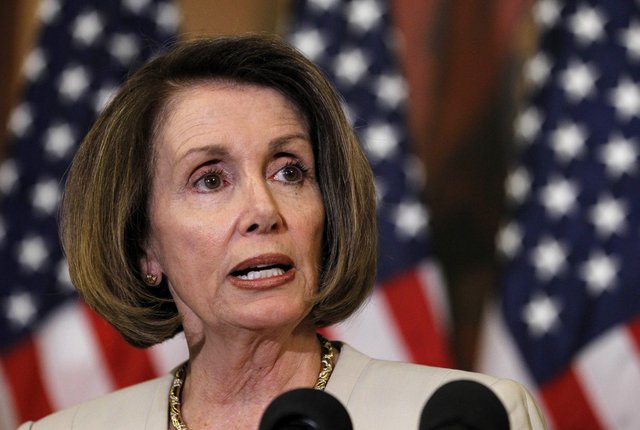 One by one, the pictures of House members adorning the lobby of Democratic Party headquarters have come down, turning neat rows of framed photos into a disjointed mess â€” â€œsplattered,â€ as one aide described it.

The half-dozen or so lawmakers whose mugs have vanished in recent weeks werenâ€™t indicted in court or slapped with an ethics violation. But their transgression is still deadly serious in the eyes of top party leaders: ignoring pleas to kick in cash for Democratsâ€™ increasingly uphill slog to take back the House.

Prying open membersâ€™ fists is an election year ritual for leaders of both parties, but Democrats contend this time around has been particularly frustrating. Facing a team of deep-pocketed Republican outside groups poised to swamp them in TV ad spending â€” and with the party not benefiting from the kind of wave conditions that lifted Republicans two years ago â€” Democrats say the stinginess of their lawmakers has left them severely weakened as the fall campaign season approaches.

Democrats say theyâ€™ve tried just about everything to get their colleagues to open their wallets. The Democratic Congressional Campaign Committee has told members that unless they pay their dues in full, they wonâ€™t get to partake in the committeeâ€™s Democratic National Convention package, complete with access to much sought-after hotel rooms and parties. And in early June, House Minority Leader Nancy Pelosi (D-Calif.) tried toÂ shameÂ her members into giving, distributing notes to each of them with a request for cash and asking them if they are part of â€œthe team.â€

The push hasnâ€™t had much success. As of June 30, 64 Democrats â€” around one-third of the entire caucus â€” hadnâ€™t paid anything to the DCCC, according to a party document provided to POLITICO. Another 109 members had paid only a portion of what they owe in dues, which are calculated based on seniority and committee assignments.

Removing a lawmakerâ€™s picture from the national Democratic Partyâ€™s headquarters might sound like the ultimate indignity, but officials tasked with expanding the partyâ€™s House ranks contend that itâ€™s more than fitting treatment for those they no longer regard as team players.