Dems surge in generic ballot as economy fades from spotlight 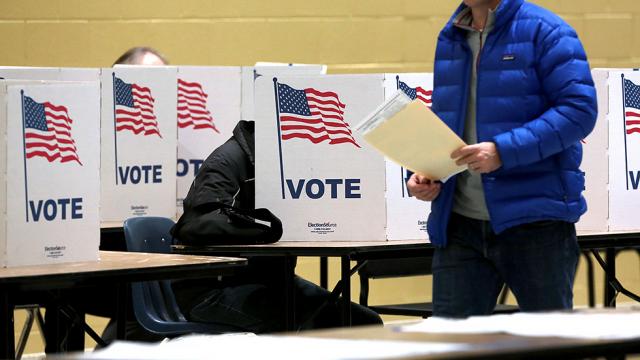 Democrats have reopened a double-digit lead in the generic congressional ballot, as a cascade of White House controversies has pushed the economy off the front page.

Republicans began to close the generic ballot gap on Democrats in January, raising hopes that the GOP could hang on to the House in November. But now Republicans have seen their gains almost completely wiped out, underscoring their concerns that the party could be in for a bruising midterm election battle this year.

A new CNN survey released Monday put the Democratic advantage in the congressional generic ballot at an eye-popping 16 points. The margin in the RealClearPolitics average has returned to nearly 10 points, after Republicans crept to within 7 points earlier this month.

In that time, the White House has been racked by a string of controversies, ranging from a senior official who resigned after his ex-wives accused him of abuse to allegations that President Trump had affairs with an adult-film star and a Playboy model.