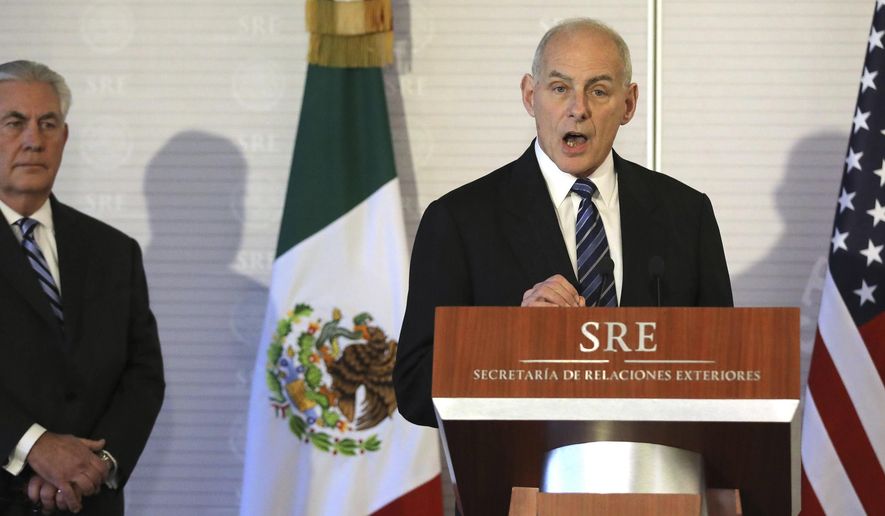 Virginia Gov. Terry McAuliffe said Monday that he was personally assured by Homeland Security Secretary John F. Kelly that only illegal immigrants involved in a “criminal enterprise” will be deported from the U.S. under the Trump administration’s policies.

Mr. McAuliffe said Mr. Kelly “emphatically” assured him in a conversation on Sunday that only illegal immigrants who have been involved in a “criminal enterprise” would be deported.

“Secondly, he assured me that there will be no random [U.S. Immigration and Customs Enforcement] stops on the streets of the United States of America,” Mr. McAuliffe told reporters at a National Governors Association press conference.

“I was heartened to hear it,” said Mr. McAuliffe, a Democrat who chairs the NGA. “I want to know if that indeed is not the case that’s going on, but I do appreciate Secretary Kelly.”